Just when you think Drupal couldn’t get any dumber, it goes and adds some great new features….. And TOTALLY redeems itself!

Released back in November of 2015, Drupal 8 has been slowly but steadily upping its game.

In case you’ve been lost in a jungle for the past couple of years, or maybe you just don’t keep up with that kind of thing, we’ve got you covered.

Here are just some of the things Drupal 8 and soon-to-be Drupal 9 have us jumping around like crazy apes about.

BigPipe is a technique that was invented by Facebook back in 2009 when they made the site twice as fast, which is an amazing feat in itself.

How it works, is it first breaks pages up into multiple “sections”, which are then loaded in parallel so your users don’t have to wait for the page to be completely loaded before they can start interacting with it.

Page speed is extremely important, considering 47% of people expect your site to load in less than 2 seconds and 40% will abandon it entirely if it takes longer than 3 seconds.

Not only that, but Google has indicated site speed (and as a result, page speed) is one of the signals used by its algorithm to rank pages.

If you care about SEO, you should care about the speed of your pages. 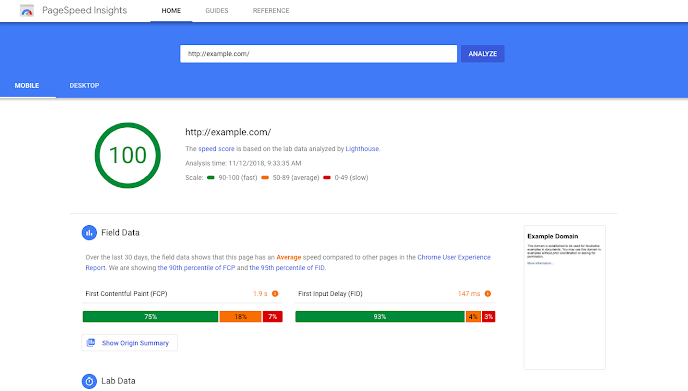 The BigPipe module was included in Drupal 8 core since 8.1 and became stable in 8.3.

Drupal’s Layout Builder is probably what we are most excited about.

For far too long, Drupal has been very restricting when it comes to building pages out and putting the content that you want, where you want it.

Think about if Display Suite and Panels had a baby gorilla. That’s Drupal’s new Layout Builder.

Layout Builder was introduced in Drupal 8.5.0 as an experimental core module, but as of Drupal 8.70, it is now stable and production ready!

It offers a powerful visual design tool and is meant for the following three use cases, according to Drupal.org:

Layouts for templated content. The creation of “layout templates” that will be used to lay out all instances of a specific content type (e.g. blog posts, product pages).

Custom pages. The creation of custom, one-off landing pages not tied to a content type or structured content (e.g. a single “About us” page).

The Layout Builder gives developers/site builders the ability to drag and drop site-wide blocks and content fields into regions within a given layout.

With custom and unique landing pages being so important nowadays, this is finally the flexibility and freedom we need!

Media management has always been an afterthought in Drupal.

According to Cisco, they predict that video will make up 80 percent of all internet traffic by 2019. That’s like… Today!!

Thanks to the Media in Drupal 8 Initiative, an experimental core media module was introduced in Drupal 8.4. Then in 8.5, it was moved to stable and has gotten even better in Drupal 8.6, with the addition of oEmbed, additional media type support, and a media library.

Let’s break down all three of these for you.

Media Library
The most exciting of the three and pretty much speaks for itself as a library of all your media. Can use a grid view, which shows a thumbnail, title, and bulk edit checkbox, or a table view, if you prefer that sort of thing.

All-in-all, media management is still not where it needs to be, but all these additions to the core are a massive jump in the right direction.

There is no reason to wait until Drupal 9

If you’re currently on Drupal 6 or 7 and aren’t totally pumped after reading this, you should be.

Finally, Drupal has given us the speed, flexibility, and freedom we need to improve workflow, save time and succeed online.

What’s even better is that Drupal 9 will essentially be just like another minor core update in Drupal 8. It will be seamless unlike ever before.

There is just no reason to wait. Make the update today and enjoy all these great features.

Let’s start a conversation about it.