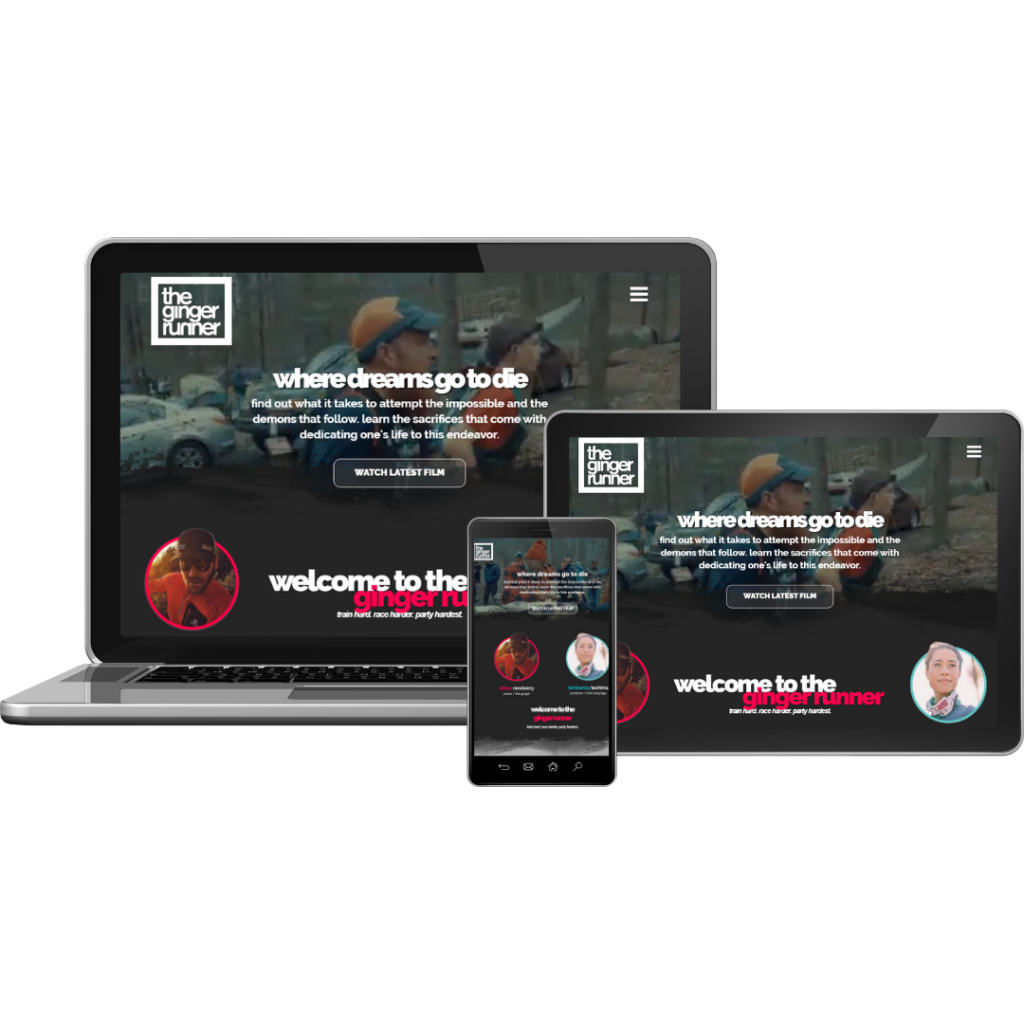 Ethan Newberry, aka the Ginger Runner, is an avid athlete, online personality and influencer for the trail running community.  Since 2011, he’s been creating films, reviews, interactive live shows, music and art all inspired by and featuring distance running.

“Rick & Company delivered in a BIG way on our new site creation. We had a complete redesign, restructuring and simplification of the backend that we couldn’t comprehend doing ourselves. The Cheeky Monkey Media team were extremely communicative and surpassed our expectations in delivering a high level product with lots of customization. HIGHLY RECOMMEND.”

Why did we decide to jump into this project?

Cheeky Monkey Media (CMM) and Ginger Runner agreed to collaborate on a web rebuild for Ginger Runner, with CMM becoming a sponsor in order to show their web work to his 100,000+ followers.

Ginger Runner’s existing WordPress site had numerous issues that needed attention. The site was throwing errors regularly, which is clearly not ideal for site visitor experience. From the Admin seat, it was hard to manage and update, as well as being slow and unresponsive. In general, the site’s performance was poor and therefore essentially unusable for what its requirements were. Finally, the site wasn’t customized nor representative of the Ginger Runner brand.

In order to monetize the brand that had been built, Ginger Runner needed a website where followers could watch Ethan’s videos, hear and purchase music and buy products – all of which generates money for his company. Because their website was essentially unusable, Ginger Runner was sending all their followers to their YouTube channel – an ineffective, non-holistic approach to grow their brand. In fact, they needed to integrate YouTube with their site to push followers onto their platform.

What they also wanted was a site that was easy to update, fast, and responsive. A DevOps overhaul was required to see an improved workflow.

Equally important, they required an updated design and experiential element that cohesively represented their brand.

Running Away with Improvements

There were significant tasks for the project, including site redesign using a custom-built WordPress theme. A DevOps overhaul was accomplished allowing the transition to a modern, streamlined workflow, using a typical Pantheon set up.

As well, CMM did custom development for the Youtube integration. The new site integrates easily with Youtube and allows Ginger Runner to publish a wide variety of content to their site, including from their other social channels.

Cooling down with our last thoughts

It was a fun, successful collaboration between Cheeky Monkey and Ginger Runner, and the teams were happy to tie their two brands together.