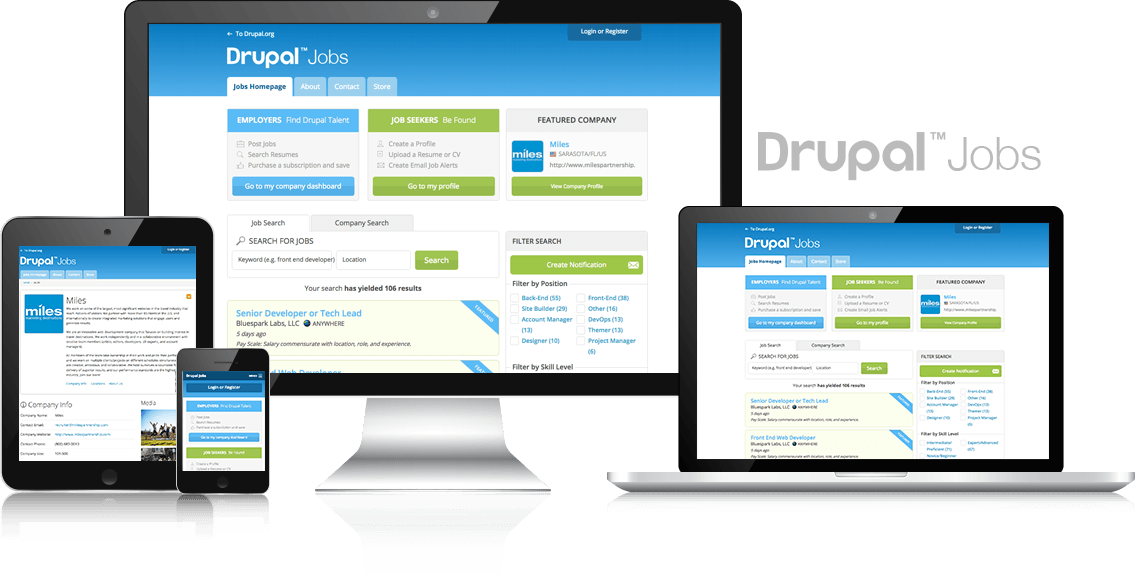 The Drupal Association was founded in 2008 with the mission to support the open-source community and provide a venue in which collaborative efforts could be realized in the ongoing development of the platform. With a growing membership of users, developers, and tech aficionados, the Association is the driving force behind many conferences, events, and meet-ups around the globe. Working tirelessly on the growth of the community and platform itself, the Drupal Association is the major hub for all the information, reference materials and support surrounding the CMS and community at large.

With a significant number of programs available, and with a desire to extend the spectrum of services, the Association engaged Cheeky Monkey Media to work on the development of an interactive Job Board. The project, to be built as an addition to the Drupal Association site, was meant not only as a means to provide better services to the community, but also as a method in which the Association could generate additional revenue to support other community programs.

Working within the branding standards and theming already in place, Cheeky Monkey Media worked diligently with the Drupal Association to create a fantastic addition to a global community site. As there were numerous tools, applications, roles and functions required, and as the entire product needed to integrate seamlessly with other web properties, Cheeky Monkey Media needed to apply their full project planning and management process in order to build a successful site.

Obviously, working with the Drupal Association, their developer of choice needed to be intimately familiar with the CMS and how to get the most out of the platform. With a project of this significance, Cheeky Monkey Media’s experience with Drupal came to the fore. Before commencing the build, the development team engaged in an intensive planning and strategy phase to ensure that all user types, personas and behaviors could be taken into account. With a wealth of information provided by the Drupal Association, the Cheeky Monkey Media team was able to craft a plan for development that tackled numerous content types, roles, permissions, reports and user experience, all while ensuring the entire platform allowed for easy registration and payment services.

With development under way, the team needed to be adept at integrating new functionality with existing systems, melding aesthetics with current themes, and ensuring that the final product didn’t end up looking (or operating) like Frankenstein’s monster. With savvy and skill, the Cheeky Monkey team was able to provide the required applications in a manner that exceeded the Drupal Association’s expectations for turnaround and ease of use. With the new Job Board, the Drupal Association will be able to enhance the services offered to the community, while opening an additional revenue stream to fund more programs.

With a community of over a million users and developers, the Drupal Community is one of the largest open-source communities, and certainly it can be said (though we may be biased) that it is easily the most active. When the opportunity came to partner with the Drupal Association, the Cheeky Monkey Team was excited to start a new adventure.

Playing and developing in the Drupal web development world can be a competitive field - there are several solid Drupal development shops all over North America alone. The competition to work with the D.A. was likely to include peers, colleagues, and partner agencies that we aspire to emulate.

But when the final decision was made, and Cheeky Monkey Media was selected as the team of choice, we realized that the start of our grandest adventure was at hand. From different companies, firms and positions, the Cheeky Monkey Media team had come together with the goal to become one of the best Drupal agencies in the world. With a nod of approval from the Drupal Association, we received the greatest vote of confidence we could have asked for – a terrific motivator as we began our (hopefully not too long) journey. 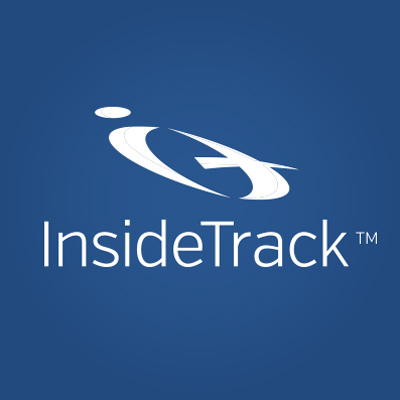 Raising the Bar – Inside Track