In parts one and two, we covered the absolute basics, and we looked at what “cases” mean. Now in part three let’s look at the skeletons of a sentence. That’s right. Sentence skeletons. Now, as a belated Halloween special we’ve got a lesson to spook the pants off of you.

Just like people, letters have an anatomy to them. Legs, arms, ears, shoulders, there are all sorts of similarities. For this article, we’re going to be using the font Garamond to show all the different parts of letters. Just remember that these concepts also apply to every other font out there. Without any further rambling, here’s the anatomy of letters! 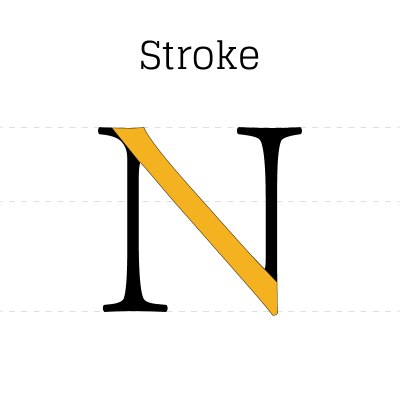 Strokes in letters are the main diagonal lines that make up the letter. 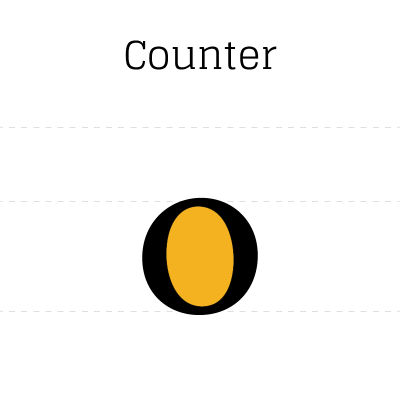 The completely enclosed space on the inside of a letter. 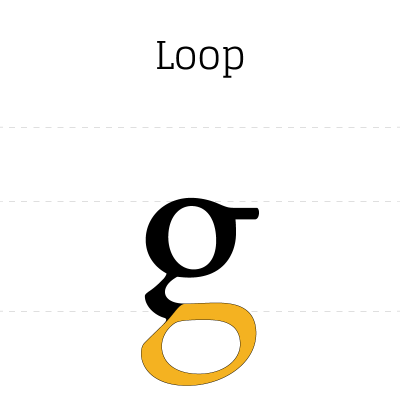 A loop is a counter which is connected to a letter but not part of the main body. 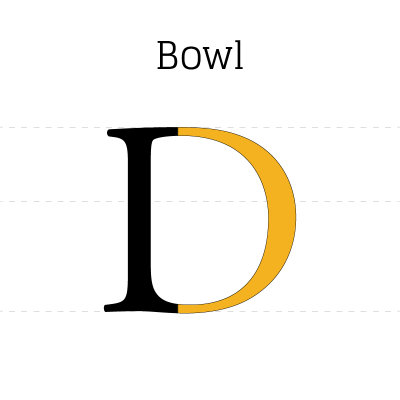 Bowls are the strokes that create the enclosed spaces called counters. 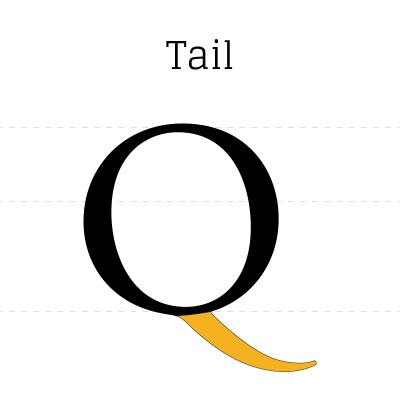 The (usually curved) descender on the capital letters K, R, and Q. Occassionaly the descenders of some lowercase letters are also referred to as tails (such as in q, j, p, g, or y). 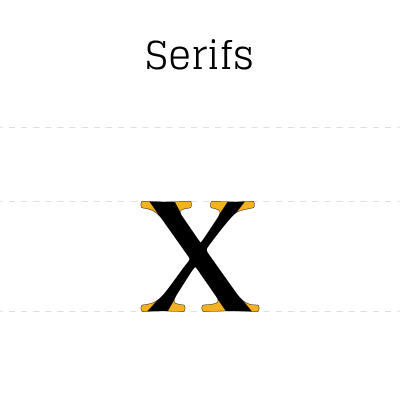 The decorative elements on the ends of strokes. These can vary in thickness or style. In the case of sans-serif fonts, they are completely excluded. 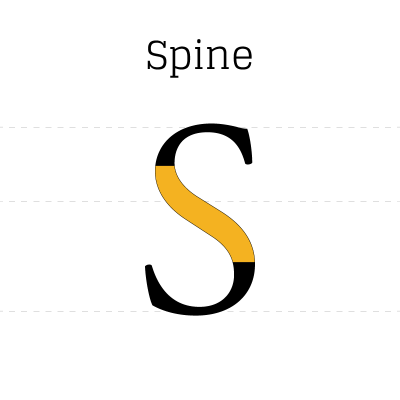 Just like your own back, a spine is the main structural curve of the letter S. 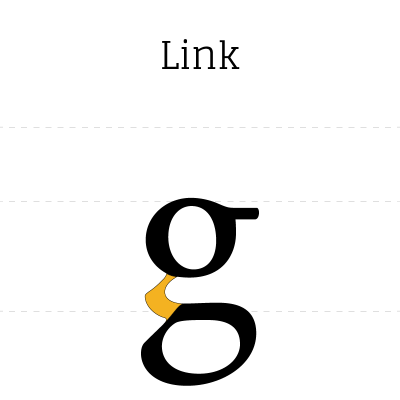 The small stroke connects the two parts of a double-story letter. 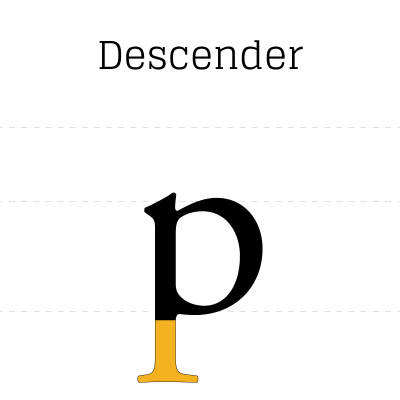 Descenders are the parts of letters that extend below the baseline. 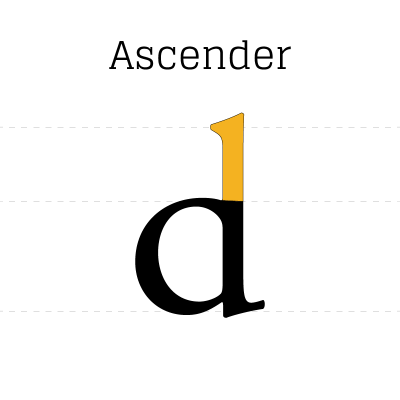 The opposite of descenders, ascenders are the parts of letters that extend above the cap height. 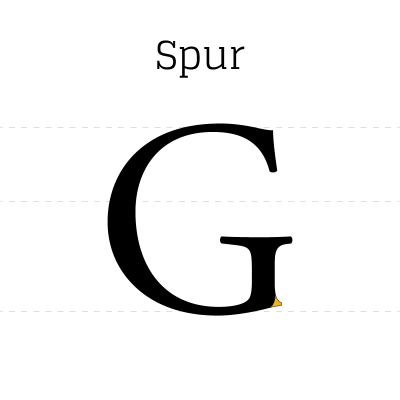 See that little sticky-outy bit at the bottom on the front G there? That’s called a spur. 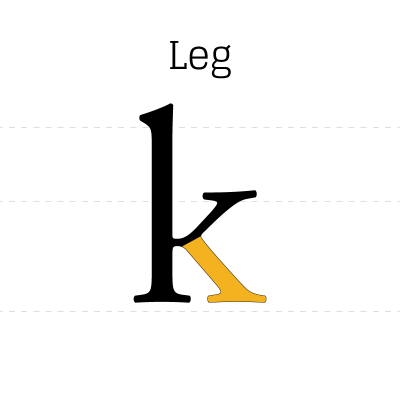 A leg is a part of a letter that’s connected at one end and extends downward to a terminal or serif. 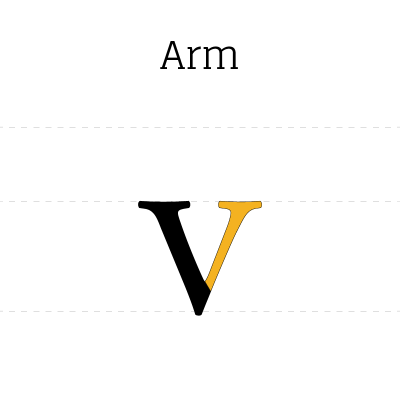 In typography, arms are just like legs, except they extend upwards rather than downwards. 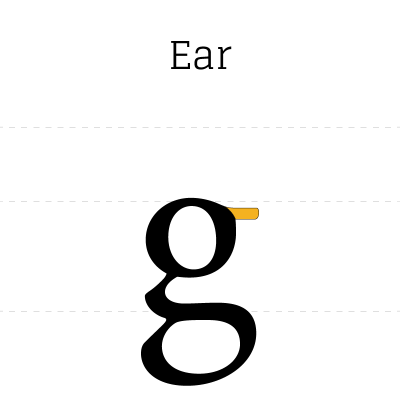 Occasionally the lowercase g will have a small decorative stroke on the top right called an ear. 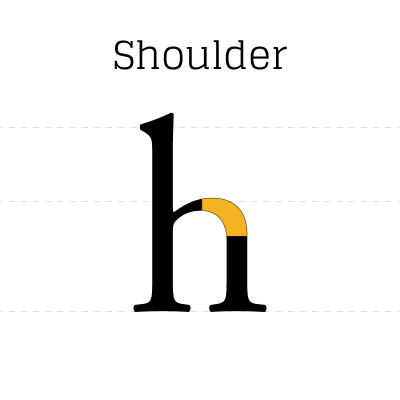 The curved part of a stroke in letters like m, n, or h. 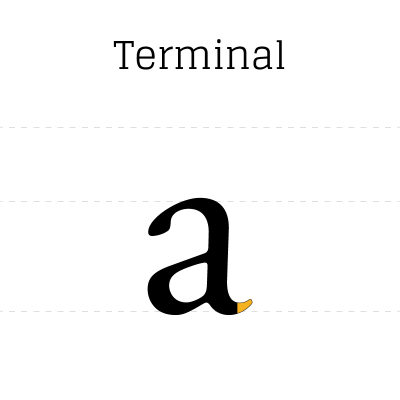 When a stroke ends without a serif, that part is called a terminal. 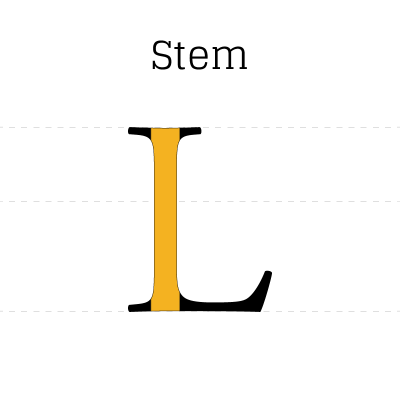 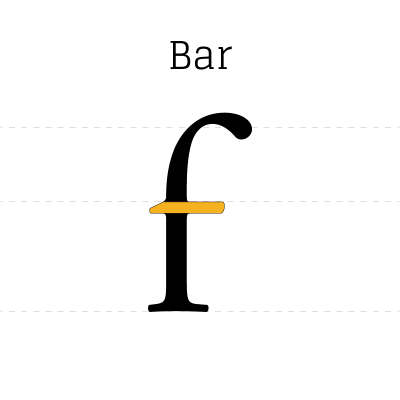 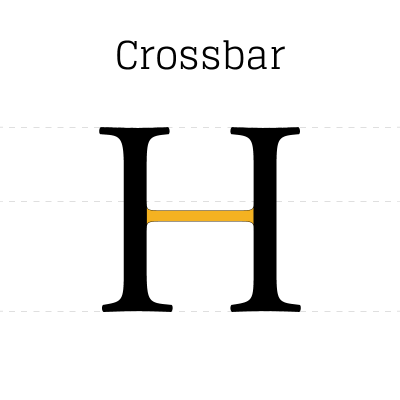 Now that you’ve studied all the different parts of letters, here’s a challenge for you! Below is an image of all the letter parts we covered in this article. How many can you name without having to scroll back up and double-check? Reach out to us on social media and let us know how you did!